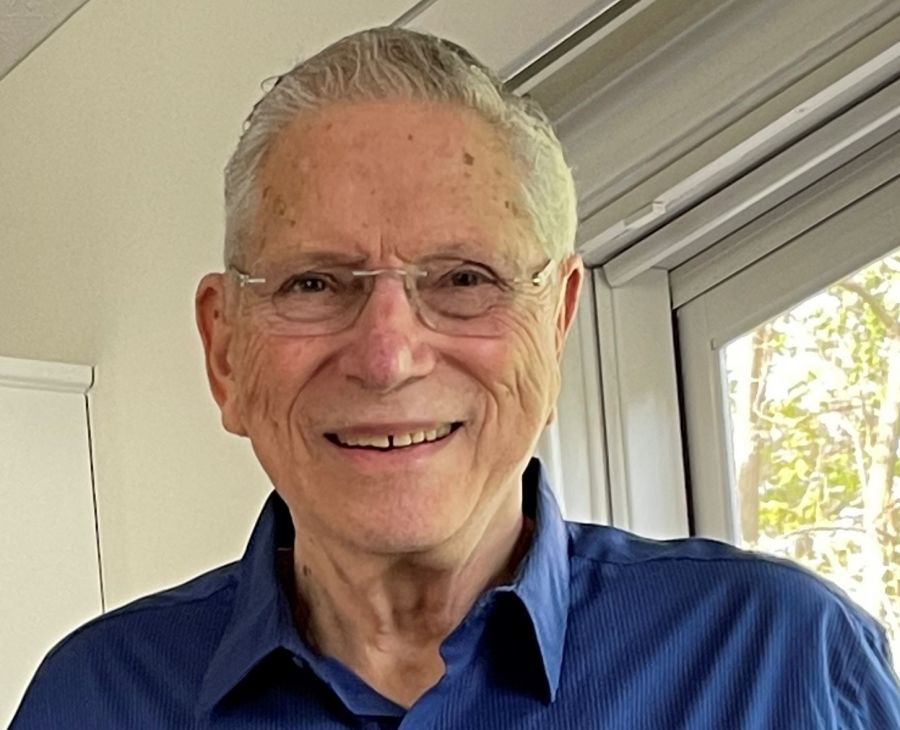 Roy Schlachter was born on April 1,1936 in THE Bronx, New York to Anne and Morris Schlachter, (both deceased). He died on February 17, 2022 after a long and difficult battle with dementia. He leaves his beloved wife of 63 years, Lillian Schlachter, son Scott (Carrie Davis), daughters Cynthia of Reut, Israel and Karyn (Andrew) Hansen of Parker, CO. Adored grandchildren, Drew, Izzy, Amit (Elior) Iton, Omri and Edan Koren, Chloe, Madison and Cooper Hansen, and great grandson Adam Iton. Along with many cousins and wonderful friends. His brother William Schlachter predeceased him.

Roy received his BA from the City College of New York, and MSSA from the School of Applied Social Sciences of CWRU. Roy was the consummate clinical social worker. Professionally and personally he has conveyed energy and personal interest in the lives and experiences of many people. He devoted his career to helping clients resume their lives and return to society and their families.

He began his long career at the Cleveland Psychiatric Institute and Hospital, then Youth Services, next came Metro Health Department of Psychiatry where he developed and became the Director of the Evening Mental Health Clinic, and Director of Ambulatory Services and Community Liaison Officer. From there he moved to the Lutheran Metropolitan Ministry where he was the Clinical Director for the Community re-Entry Program. Roy has won numerous awards recognizing his creativity and community efforts.

In addition to the above, Roy started his private practice in 1980 by beginning to see troubled adolescents in their homes. At the time, it was a novel but significant way to help both youth and their families.

Roy was a schmoozer! So he was delighted when he was asked to appear on the "Morning Exchange" with Fred Griffith, to respond to callers seeking approaches to solving personal problems. He was a "hit", so it continued for many years.

Roy loved the outdoors. He planted many gardens here, in Parker, CO and in Israel. He along with his family had many camping trips and experiences that took us all over the United States and Canada. Visiting Israel was always special and we did that over 30 times. He would try to say things in Hebrew that caused our grandchildren to have some good laughs. We traveled to many countries where we would rent cars and Roy would enjoy driving on the autobahns going very fast, while Lillian would close her eyes. Cross country skiing became a passion, along with the trips to Jackson Hole and Yellowstone.

Roy shared his time and energy even during these difficult last years with his consistent and extraordinary interest in every aspect of Temple life. He participated in different groups, was Haman in many Purim Spiels and called everyone in our Temple directory during Covid to find out how they were. He was honored as Emanu Elite of the year in 2021.

Roy's charisma, smile and sense of humor and caring ways will be missed by his family, friends, and all those who had the opportunity to know this special man.

The Family wants to thank Arden Courts and it's staff for the compassionate caring and love that they have given to Roy for the last 3 months.

Funeral will take place on Sunday, February 20, 2022 at 11 am, at Temple Emanu El, 4545 Brainard Road, Orange, Ohio. Everyone is required to wear masks and be socially distant. The funeral will be streamed through Cleveland Jewish Funerals website and the following link :

As Covid is still around, Shiva will be held on Zoom at the following times. Sunday, February 20, and Monday February 21 at 7 pm.
If you want to participate, please email: mytechgirl1@gmail.com, and you will be let in on the site.

Donations in Roy's memory can be made to Temple Emanu El, or any organization of your choice.

Enter an email address below.
Please separate multiple emails with a coma.

Enter a mobile number below

Enter an email address below.
Please separate multiple emails with a coma.

Enter a mobile number below

Posting as Who are you posting as?

Dear
Lilian and family,
So very sorry for your loss. You were very blessed to have this wonderful man in your life for so many years. He was truly a special mentsch. Sandy Davis

or use your email

The attached photos are added to the memorial of Roy Howard Schlachter to help share their legacy.

Add to Your Calendar

We will notify you soon.

You will receive an e-mail daily when a guest leaves a tribute on this obituary.

You will receive a notification text whenever there's an update to this obituary.

Thank you for sharing!